All of our staff adhere to the highest standard of ethical practices and are committed to ensuring that all of your needs are attended to. Their commitment to the community and genuine compassion toward families are but a few of the characteristics that make them outstanding in their field. We are proud to have them on our staff.

Jonathan's first involvement with the funeral business dates back to 10th June 1985 when he attended a local funeral directors to carry out two weeks work experience.

Jonathan was born in Southampton, and has lived in the Sholing area all of his life. He attended Weston Park Boy's School and The Salisbury School of Funeral Directing and Embalming where he gained the following qualifications:

In 1989 Jonathan became a member of the British Institute of Funeral Directors.

Jonathan has dedicated his life to the profession and continues to maintain the high standards he was taught, to provide the best service and care to those who we are called to serve. 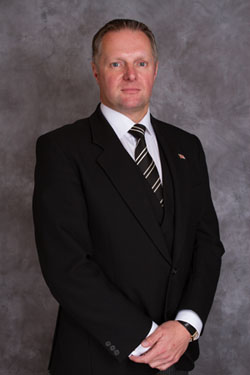 It is with sadness we advise Sylvia died in January 2021.

She was involved in the company from the very beginning; Sylvia and her sister Mrs. Kathy Smith shared the responsibility of the office reception. Sylvia then continued to support the company and, together with Anne, run our monthly coffee mornings

She will be forever in our hearts and we thank her for all her support she gave. 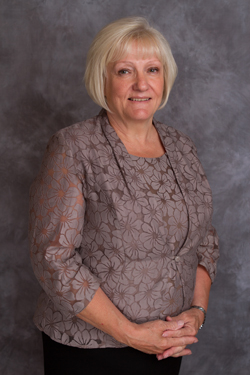 We are so grateful for Thomas' help and support in the company.

Tom, as he is known, is by trade, a builder and has carried out all of our building works and refurbishments to a high standard. Tom retired from full time employment in 2009 and has joined the company as a part time pall bearer. 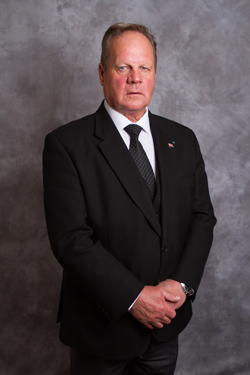 Tina has worked in the financial industry and is a qualified accountant. Her duties include all the financial services of the business.

Jonathan is pleased to have his sister working with him in such an important role.

Tina is married to Bren and lives in Hedge End. 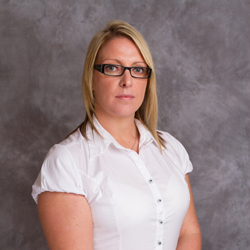 Matthew joined the company in 2004.

He was born in Southampton and now lives in West End, with Laura and their children. Matthew has worked within the funeral profession for most of his life.

Taking care of people has always been his passion and he considers the entrustment of a funeral service to be a privilege, always ensuring the service is personal, dignified, and special to each family.

Matthew attended the Salisbury School of Funeral Directing and Embalming in 1997, first as a student of the Royal Institute of Public Health and Hygiene course for funeral directors, which he passed with honours. Secondly in 2004 as an embalming student. In 2006 he passed the examination and proudly received an award from the British Institute of Embalmers for his embalming skills. His standard was among the highest in the country and he was truly honoured to be recognized for this.

Matthew takes pride in supporting and caring for families in their time of need at Peartree Avenue and London Road. 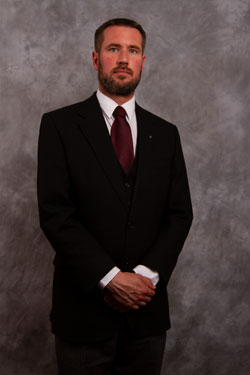 He takes great pride in his work and assists in all aspects of the business, specialising in the preparation of loved ones for families to visit at the chapel of rest.

This is Kris’ first position within a funeral business and he has become a trusted and invaluable member of our team, dedicated and always attentive to our families' needs. 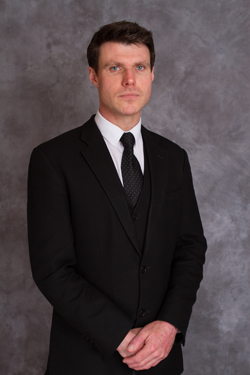 Gavin has worked for the company for several years and re-joined full time in December 2020.

Gavin is based at Peartree Avenue and his role is a funeral arranger and receptionist. 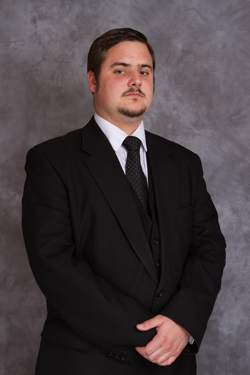 Bradley joined the company in February 2015.

Bradley works with Kris Bonaer specialising in the preparation of loved ones for families to visit at the chapel of rest. 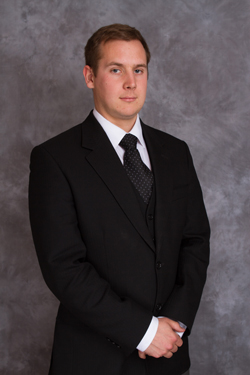 Tracey joined the company in December 2016.

She came to us from working at the Daily Echo and previously held the position of Office Manager for a retail company.

Tracey is based at Peartree Avenue Office and is our office manager, overseeing the administration for all our funeral arrangements working alongside Trish Harrison in the office.

Tracey has two Sons and is married to Steve and lives in Sholing, Southampton. 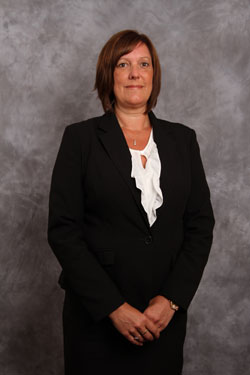 Debbie joined the company in March 2014

She came to us from working in the special care industry and previously held the position of social care manager This quality is evident in her care shown to the families we are called to serve.

Debbie is based at Peartree Avenue office and duties include all administration of the business. She is responsible for our Golden Charter pre-paid funeral plans and will meet with you to advise the benefits of taking out a plan. 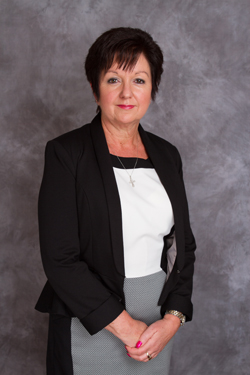 Trish joined the company as an Administrator/Funeral Arranger in November 2020. She last worked as a Manager for a Printing Company and has had previous experience of working in the Care Industry.

Trish is based at the Peartree Avenue branch working alongside Tracey Terry.

Her career in nursing and genuine care for families shines through in her work within the funeral business; Anne has been involved with many charities in fundraising.

We and our bereaved families benefit from the quiet, efficient and caring way in which she carries out her duties.

Anne is married to Alan and lives in Netley Abbey, Southampton. 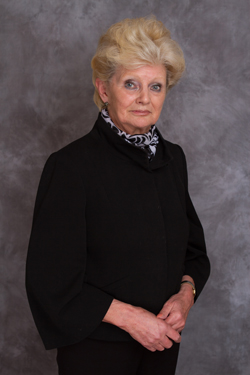 Margaret joined the company in 2010 and is our London Road Office Manager. In January 2021 Margaret will move to 103 Peartree Avenue to take up her role as the Director of the White Lily Centre “A gathering place for Bereavement Support, Comfort and Education. She is a registered psychotherapist, hypnotherapist and EMDR trauma practitioner and leads our bereavement groups and grief support programmes, as well as seeing clients for one to one counselling. She has a passion for helping the families we serve to navigate their own personal journey through grief and is a qualified Complicated Grief Therapist. Her dedication to serving the community has earned her fellowship of The Royal Society for Public Health.

Margaret lives in Lordswood, with her partner Harry and their two collie dogs. 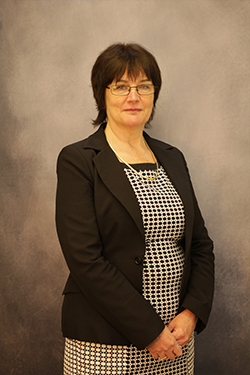 Sarah joined the company in July 2018 and works at our London Road office.

Sarah comes from a background of working in customer service at Barclays Bank and her cheerful but sensitive nature is much appreciated by the families she supports through the funeral arrangements and beyond. She is also our memorial consultant and is always happy to advise on the suitability and design of headstones and other stonework, carefully overseeing each one from start to finish.

Sarah is an avid reader who lives in Bursledon with her Son Connor. 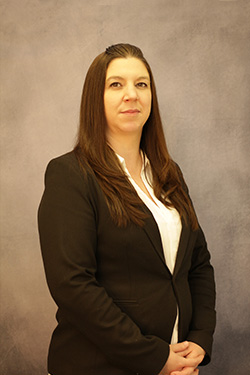 Tom joined the company in October 2017 as a funeral assistant. We are pleased to advise in January 2021 Tom will be our Funeral arranger and Funeral Director at London Road, he will also be studying for his diploma in funeral directing starting in 2021 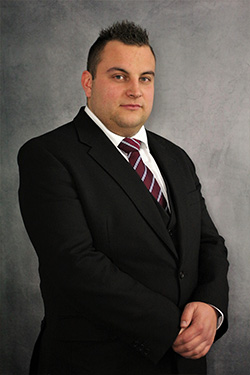 David joined the company in September 2019 and brings with him many years of experience having worked within the funeral profession for many years, since joining he has been a funeral assistant. We are pleased to advise in January 2021, David will become a Funeral Director and conducting our funeral services from Peartree Avenue, he will also be studying for his diploma in funeral directing starting in 2021

Paul has worked with us first in May 2013 and re-joined us in September 2020. Paul is our garage manager and will oversee the preparation and upkeep of our vehicles for services

David has worked with us on a part time basis for over 17 years and is a valued member of the team. David has spent some of his working life in the Ambulance service and the funeral business in Cornwall before relocating to Southampton.

Brenda joined the company in 2000 and is our longest serving member of staff, Brenda’s role has included funeral arranger and receptionist. Brenda is now our donations clerk and carries out all administration for our charity donations.

The cookie settings on this website are set to 'All Cookies' so that you have the best online experience possible from our site. If you wish to opt out click on the 'More Info' link.